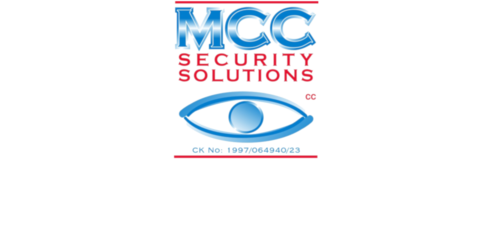 Booms and Turnstiles Systems By MCC

MCC Security Solutions have installed and maintained boom barriers and spiked barriers for various clients required to control traffic in and out of secure areas.

This is the most common boom barrier used, as the integration of access control has minimised the risk of unauthorised access. The human element has been removed not allowing vehicles and drivers to proceed before they have been verified by the access control system.

An automatic boom barrier can be operated through:

Boom gates are typically found at:

What is a boom barrier?

A boom barrier, also known as a boom gate, is a bar, or pole pivoted to allow the boom to block vehicular or pedestrian access through a controlled point. Typically, the tip of a boom gate rises in a vertical arc to a near vertical position. Boom gates are often paired either end to end or offset appropriately to block traffic in both directions. Some boom gates also have a second arm which hangs 300 to 400 mm below the upper arm when lowered, to increase approach visibility, and which hangs on links, so it lies flat with the main boom as the barrier is raised. Some barriers also feature a pivot roughly halfway, whereas the barrier is raised, the outermost half remains horizontal, with the barrier resembling an upside-down L when raised.

Traffic lights are incorporated when using a boom barrier, they either indicate the signal “green light” to proceed, or “red light” to wait for access to be granted.

These traffic lights are highly important for access controlled areas, as the shining light cautions the vehicle at the checkpoint as to what is required of the driver. A traffic light is also a precautionary measure for the owner of the property to not be held liable should a vehicle be damaged.

In high risk areas where the unauthorised vehicles are not permitted to enter or exit a premises, spiked barriers are used to prevent the vehicle from entering/exiting.

This is in the form of spikes which are installed into the ground at the boom barrier access point. These spikes work in conjunction with the boom automation panel. When access is granted in/out of a premises, the spikes lower down into the ground, as the boom pole begins to rise the traffic light signals “green” for the driver of the vehicle to proceed.

MCC Security Solutions has installed various types of turnstiles. Turnstiles are generally made of high-quality steel, and their working mechanisms are pretty well insulated. Turnstiles are installed outdoors and indoors in some pretty rough working environments, constantly exposed to slamming and weather conditions if installed outside. However, that being said, turnstiles are reliable and always a great form of access control.

Occasionally these turnstiles must be maintained, as the working mechanisms need to be tightened, greased, cleaned of dust and vegetation and cleaned for the pedestrians/ employees using them.

Turnstiles are used in a wide variety of environments, including: